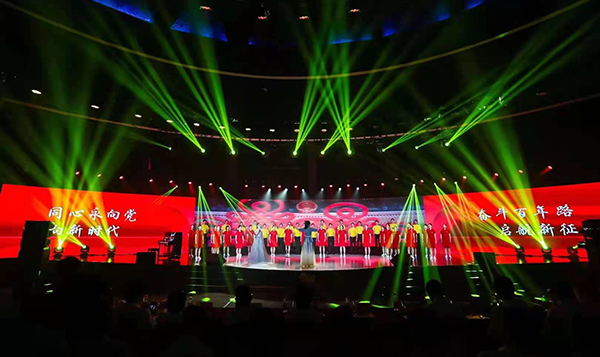 On the occasion of the 100th anniversary of the founding of the Communist Party of China, the Party Working Committee of Ningbo National High-tech Zone (New Materials Science and Technology City) recently held the "I Sing a Red Song for the Party" chorus performance. The chorus team vividly reproduced the great achievements made by the Communist Party of China in the past century with red songs, and deeply remembered the party's original intention of seeking happiness for the Chinese people and rejuvenation for the Chinese nation with the melody. During the performance, Joyson Chorus praised the party's centennial birthday with a song "Into a New Era" and sang a bright future. 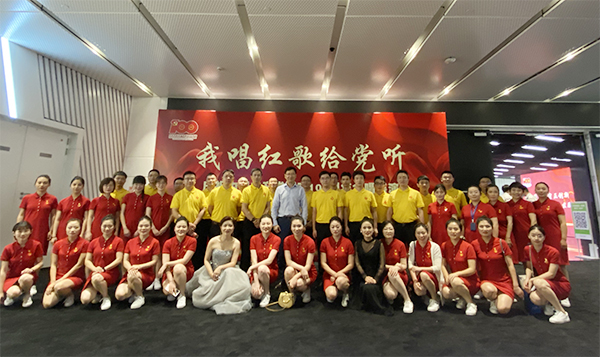 This chorus performance is mainly divided into the performance part and the big chorus part, with a total of 14 chorus teams participating. They not only come from the party committee, streets and parks of the High-tech Zone (New Materials Science and Technology City), but also from companies and research institutes such as Joyson, Taiping Bird, and Ningbo Branch of the Academy of Military Sciences. The red chorus songs include classics such as "Don't Forget Your Original Heart", "Heroic Hymn" and "The Power of Revival".